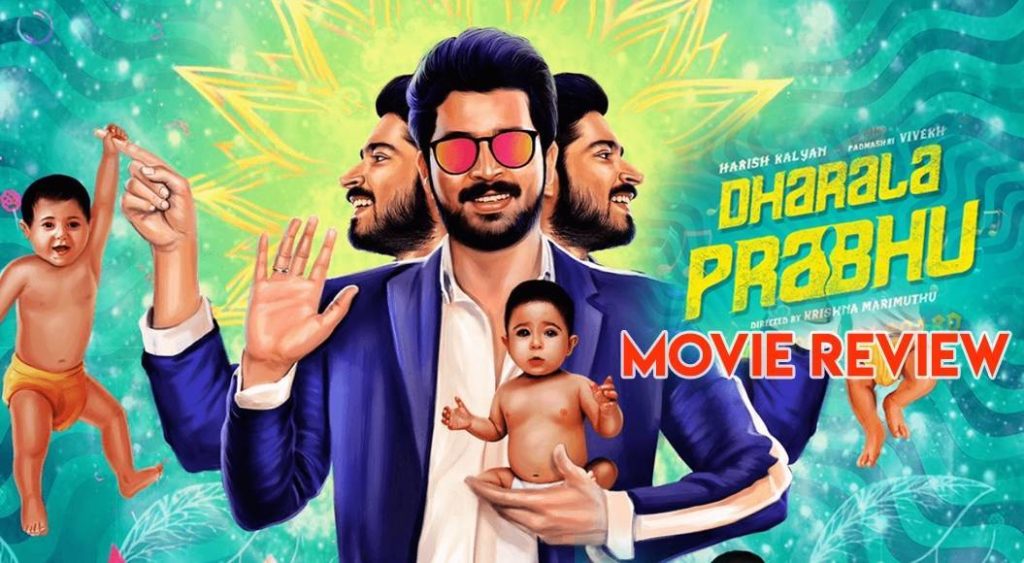 Dharala Prabhu Movie Synopsis: A shrewd fertility clinic owner convinces an unemployed and happy-go-lucky guy to become a sperm donor. But little did the latter know that it would land him in trouble post his marriage.

Dharala Prabhu Movie Review: Remaking a Hindi movie which dealt with a sensitive and innovative subject to Tamil isn’t an easy task. To narrate a story about sperm donation convincingly and making required changes from Vicky Donor to suit Tamil nativity needs a fine execution, and director Krishna Marimuthu has succeeded in it to a good extent.

The plot begins with Kannadasan (Vivekh), a veteran doctor who runs a fertility clinic in Parry’s Corner, searching for a healthy sperm donor for his clients who come up with weird demands. After facing several odds, he comes across Prabhu (Harish Kalyan), a care-free youngster whose world revolves around football, mother and grandmother. Kannadasan approaches Prabhu to be a sperm donor and explains the need to do it, but the latter refuses despite the former’s repeated attempts to convince him. But a personal incident which happens in his life prompts him to agree to Kannadasan, after which the doctor sees a huge rise in his business.

Meanwhile, Prabhu falls in love with Nidhi (Tanya Hope) and they decide to get hitched. After initial hiccups because of the different background of the two families, the couple gets a nod from their parents. But fate had other plans for Prabhu when he realizes that his relationship with Nidhi is on the verge of collapse because of his frequent sperm donation.

Harish Kalyan fits into a role which was effortlessly pulled off by Ayushmann Khurrana in the original version. He carries the naïve, boy-next-door character with ease and strikes an interesting chemistry with all the artistes in the film. Tanya Hope is decent in her role and gets the right expressions in scenes which require an impact. But it is Vivekh who steals the show in many scenes, thanks to his one-liners and effortless performance. His character which has shades of ample comedy and emotion goes in sync with the script. Anupama and Sachu, too, come up with engaging performances.

Selvakumar’s pleasant cinematography provides the required mood for the film, and is another highlight. A few slow-paced scenes in the latter half disturb the flow after a point. A better background score and more effort on the emotional scenes would have made the movie a perfect remake.