Producer Ishari. K. Ganesh of  ‘Vels Film International’ who is well known for producing successful films with quality contents has moved a step further by bringing in four ace film makers Gautham Vasudev Menon, Vijay, Venkat Prabhu & Nalan Kumarasamy together to direct an anthology feature film titled ‘KUTTY STORY’. It is said that, this initiative of joining four ace film makers together in one film, is the first time in the history of Tamil Cinema. ‘Kutty Story’ has four segments with each segment helmed by one film maker, respectively.  The film features Gautham Menon, Amala Paul, Vinoth Kishan, Amitash Pradhan, Megha Akash, Varun, Sakshi Agarwal, Sangeetha Krish, Vijay Sethupathi and Aditi Balan in the lead roles. Though the cast & crew for each segment differs from one to another, with Love/Romance being the genre, stays the same for all. 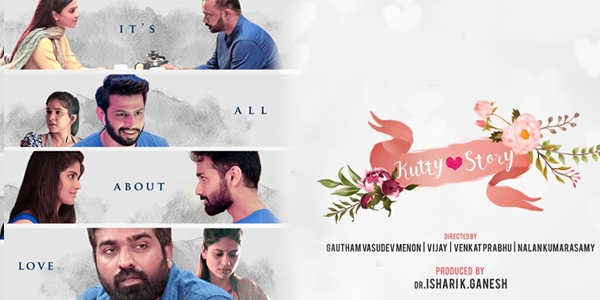 This Gautham Vasudev Menon directorial has the director himself playing the lead including Amala Paul & Vinoth Kishen. The cast also includes Robo Shankar & Abishek Vinodh in supporting roles with the former filling the gaps with his regular counters without disturbing the feel. With two feel good montage songs, Singer Karthik who was seen composing music for ‘Ondraga Originals’ has worn the hat of a Music Director in this. While Manoj Paramahamsa helmed the camera in his usual magical style, Editor Anthony takes in-charge of the cuts.

‘Edhirpaara Muththam’ is more of a conversational experience. The director in his usual style (except for the voice overs) has created another breezy romantic journey of Aadhi (Vinoth Kishan/GVM) and Mirnalini (Amala paul) over the years from mid 90’s to present. The Director/Actor has clearly differentiated his roles on&off screen delivering a casual performance at ease. The wander bee of the industry, Amala Paul looks naturally pretty with her eyes conversing more. Vinoth Kishen who was last seen ‘Andhagaaram’ looks very convincing and comfortable on-screen, especially in romance.

With a subtle touch on a platonic relationship, ‘Edhirpaara Muththam’ is yet another typical GVM film with his regular flavor. 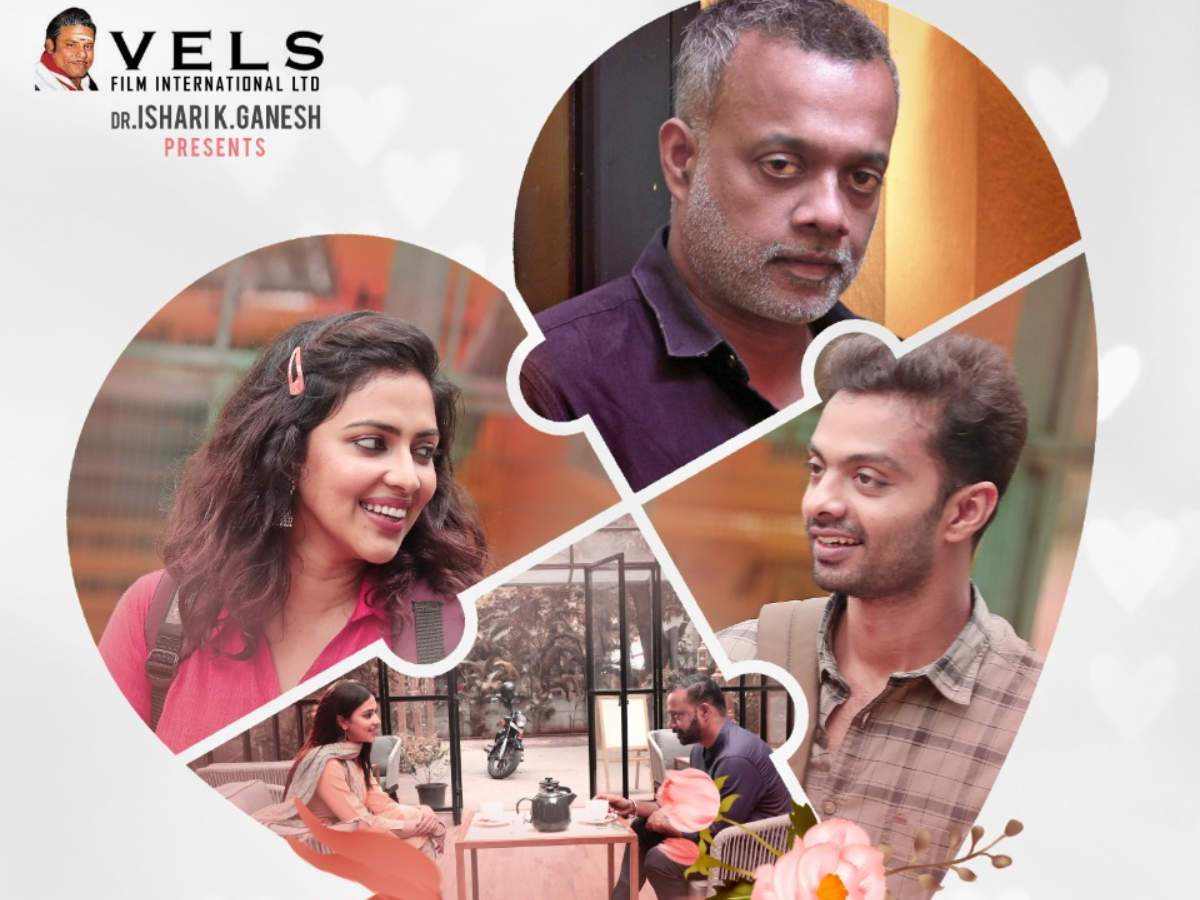 Director Vijay who had his last release in 2019, serves the audience a simple love story. Unlike his previous films that had intense characterizations and magical portrayal of love combined with romance, ‘Avanum Nanum’ starring Amitash Pradhan & Megha Akash portrays a journey of a couple who advances into a situational hindrance after a romantic burst out, with a pacifying climax. The easily predictable scenes and storyline lets down the excitement. Both the lead actors have done a fair job, impressing the audience with their warmth look on screen. Arvind Krishna’s cinematography stands by the quality and Anthony’s cuts helps in keeping the audience engaged to this movie till the end.

‘Avanum Nanum’ neither surprises nor disappoints the audience but leaves to suspect if this is Director Vijay’s film. 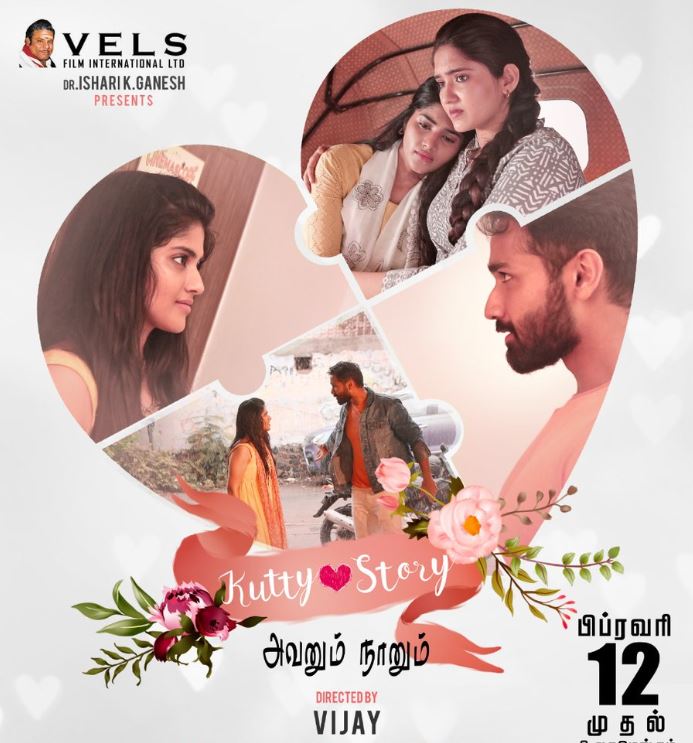 Looks like Director Venkat Prabhu is on an exploring spree over contents. With a very thin, regular patterned storyline, the director has fantastically stitched the Gaming/Animation portions to narrate the story hat connects the audience immediately at once. The two lead animated characters Adam & Eve steals the show. Special mention to the team involved in creating the animated world. Actor Varun justifies the role of a gamer. The cast also includes Sakshi Agarwal in a supporting role. Actress Sangeetha Krish gives a dignified performance in an extended cameo appearance. Premgi Amaren’s music & background score stands tall as an additional pillar. Especially the background when Adam gets into action for the first time, pump’s up the show with its regional touch. Be it cinematography or editing, both Sakthi saravanan and Praveen KL have given their best, as usual. Special mention to the artist who lent voice for ‘Eve’. Over all, when computer and mobile games are being restricted and cursed during this phase of attending schools and colleges via online, Director Venkat Prabhu delivers a spectacular watch using the same.

‘Logam’ is genuinely a surprise package from Venkat Prabhu that would be liked and loved by all the varieties of audience. 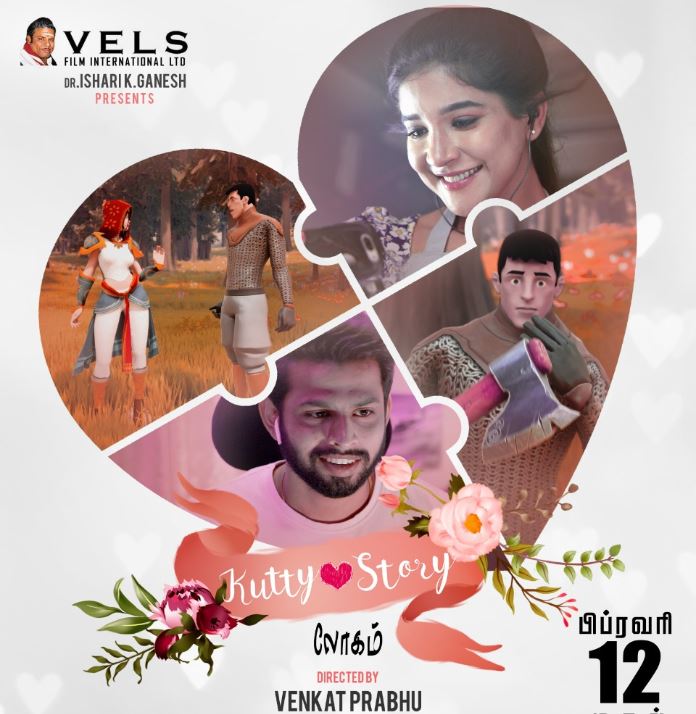 Director Nalan Kumarasamy, known for his unique style of showcasing the characters and the scenes, strikes again strategically by creating a special buzz for the sneak peek and breaks all the assumptions, when watched the movie ‘Aadal Paadal’. With two power packed performers Vijay Sethupathy & Adithi Balan as lead pairs, the story neatly touches the boundaries of gender ego. The top notch performances from the lead pair hasn’t demanded much depth in narration. Shanmuga Sundaram’s cinematography and Edwin louis music goes hand in hand with the director’s film making style. Editor Sreekar Prasad’s cuts are as usual enriching. With a mix of grey shade humor, this one definitely leaves an impact and a guilt over the one’s who practice or preach gender ego knowingly or unknowingly.

‘Aadal Paadal’ is the best pick among the four. 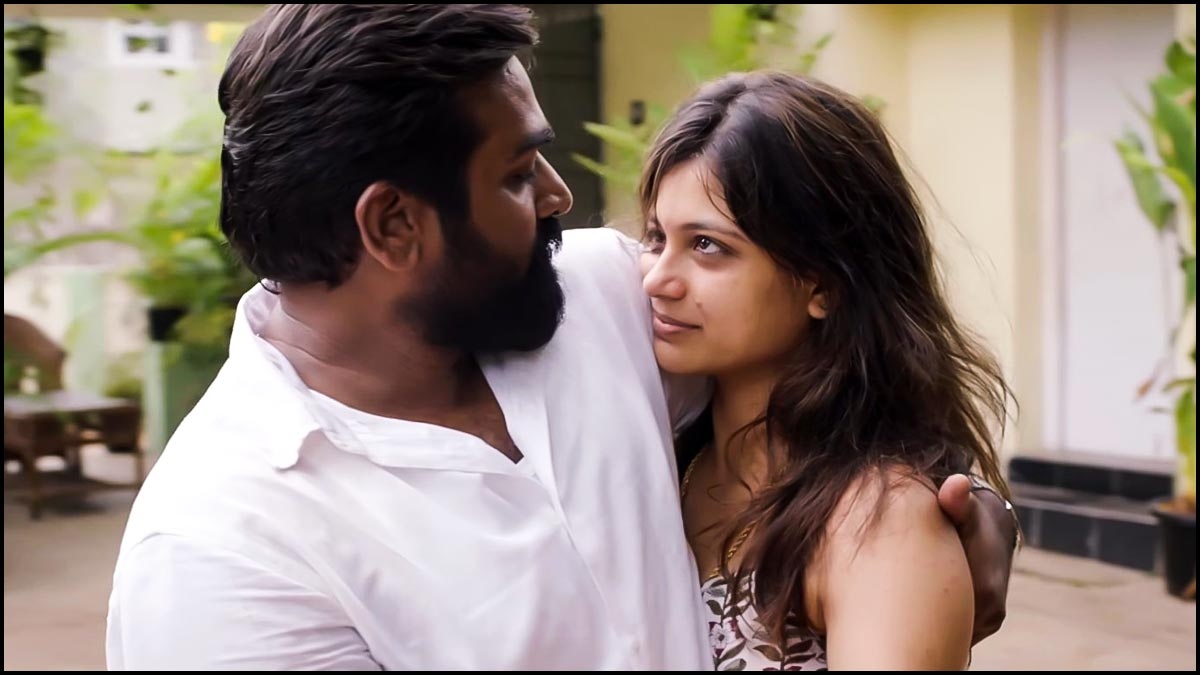 Over all, ‘Kutty Story’ is a creative exploration by  ‘Vels Film International’ that celebrates ‘Love’. A good show by all the four film-makers altogether. The movie is releasing worldwide on February 12th, 2021.