Director Ponram, who had earlier directed ‘Varuthapadadha Vaalibar Sangam’, ‘Rajini Murugan’ & ‘Seemaraja’ is gearing up for his next release this April with ‘MGR Magan’ starring Sasi Kumar, Sathyaraj, Samuthirakani, Mirnalini and many other bunch of talented actors. With this movie, popular playback singer Anthony Daasan debuts as a music director.

Recently, the audio of ‘MGR Magan’ was released and was received well among the audience. Actor Sasikumar took up his social media platform to congratulate lyricist Murugan Manthiram who has penned the lines for the song ‘Yereduthu Paakama’ sung by Anthony Daasan & Pooja Vaidhiyanath. The actor also mentioned that the song is his favourite one. 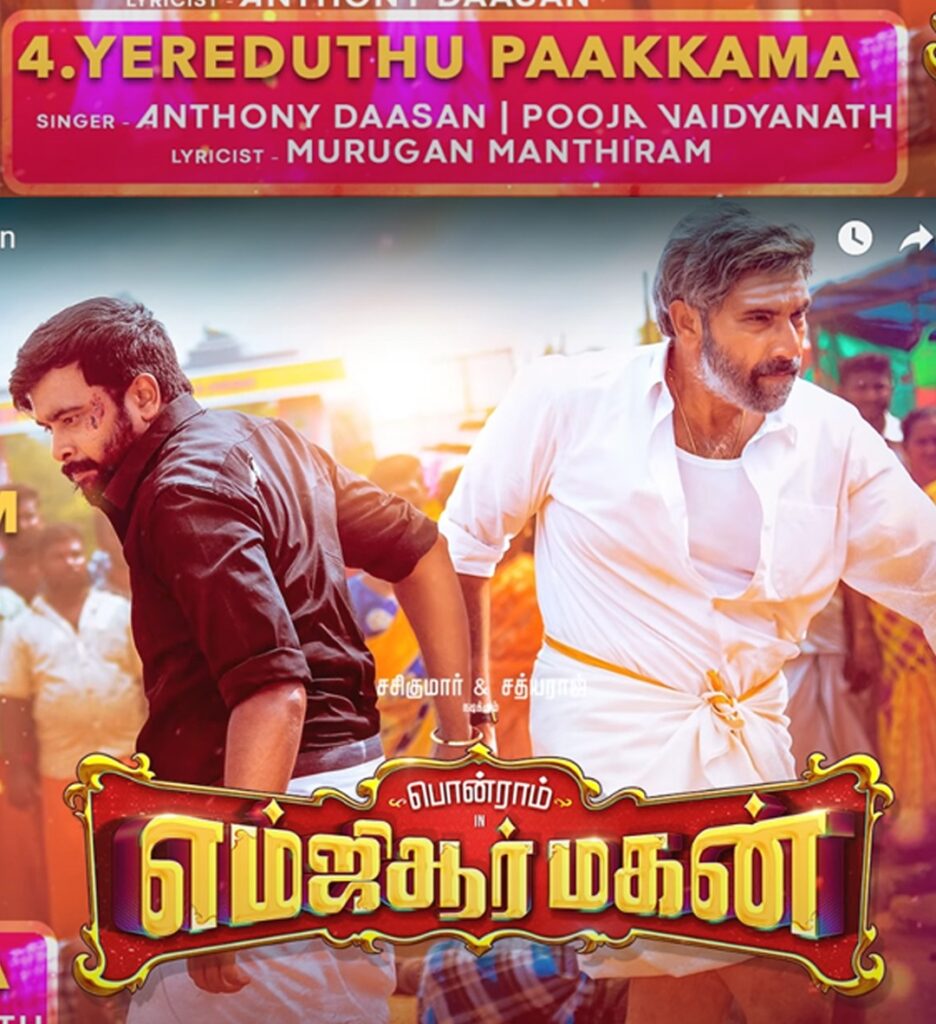 When asked lyricist Murugan Manthiram, he said ” I really felt happy and it was a cherishing moment when Anthony Dassan anna asked me to write a song for Ponram Sir’s movie. Usually the reach of the songs in Ponram sir’s movies are huge turning it to be a super hit. With this song being a love duet for Sasikumar Sir, I’m double confident on its success and I believe this would take me to the next level in my lyricist career.

Director Ponram sir narrated the entire script and the situation of the song to me, to bring out the apt lyrics for the song. He discussed on the lyrics for about an hour and asked for my point of views & meaning behind the lines ‘Yenda neeyum paarkum idhu, Sattai Verkudhu’, ‘Veecharuva pola, Un Nenaipu Keera’ etc. After listening to my explanation, he suggested few replacing words which enhanced the final version of the song.

He is a very kind person. I thank him for giving me a lovely opportunity to work on this beautiful song. 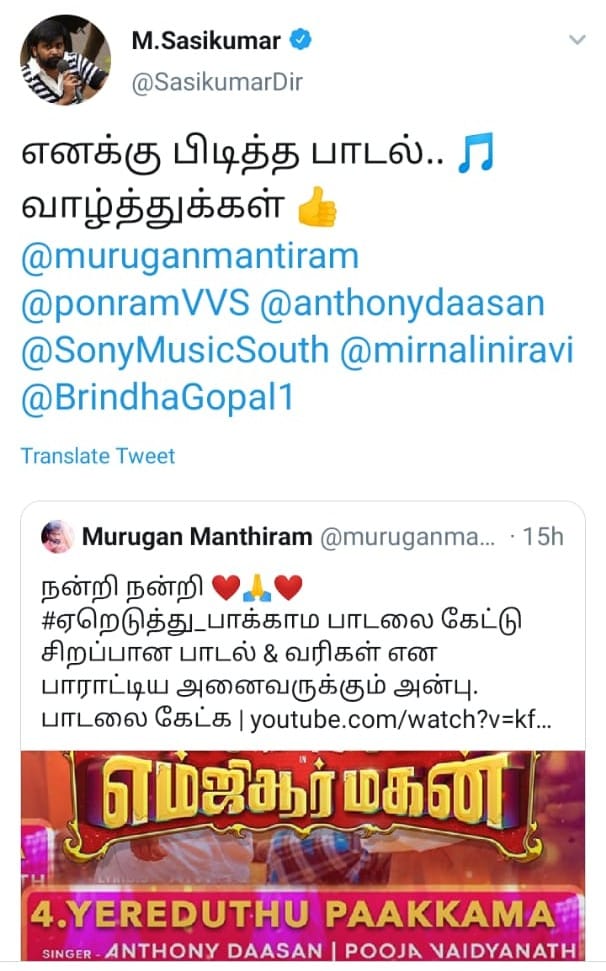 I also met Sasikumar sir in the shooting spot, when he told me directly that he liked the song very much. To add, he also sung few lines like ”Thekku Thesa Kaathe, Podi enna serthey’ from the song, making it a cherishing moment for me.Wishes from Actor, Producer & Director of the most talked & appreciated cult film worldwide ‘Subramaniapuram’ Sasikumar sir, gives me a whole new energy and confidence to achieve more in the long road of Cinema. Now, by appreciating me again on the social media platform, he has given a memorable moment to treasure for lifetime. Thanks to him for being so kind. His wishes and appreciation means a lot. Tomorrow (March 30th) is my birthday and I see it as the best gift on this birthday. Thanks to him once again.