After struggling over the hindrances for 5 years, Nenjam Marapathillai is out for the audience to watch it in theatres from Today.  It has S J Suryah, Regina Casssandra and Nandita Swetha in lead roles.  With Yuvan Shankar Raja’s music and Arvind Krishna’s Cinematography, Nenjam Marapathillai is directed by Selvaraghavan. Produced by P Madan and Gitanjali Selvaraghavan under the banner Escape Artists Motion Pictures and GLO Studios respectively. 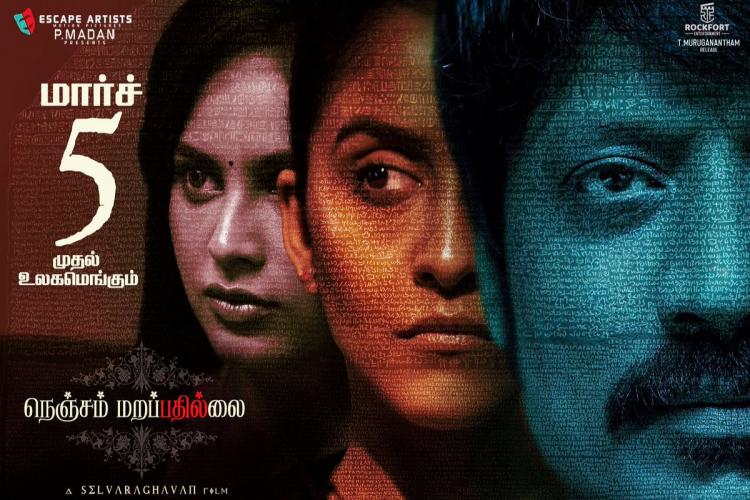 The story revolves around the poor Ramasamy/Ramsay (S J Suryah), who allegedly marries Shruthi (Nandita Swetha) for her wealth, turning to be a rich businessman who is powered by ego and greed and would kill anyone who would stand as a threat to his stature and wealth. The evil hearted Ramsay develops lustic emotion towards his baby’s caretaker Mariyam (Regina Cassandra), who is believed to be a god’s child. This battle between the good and the evil paves way for the rest of the story. 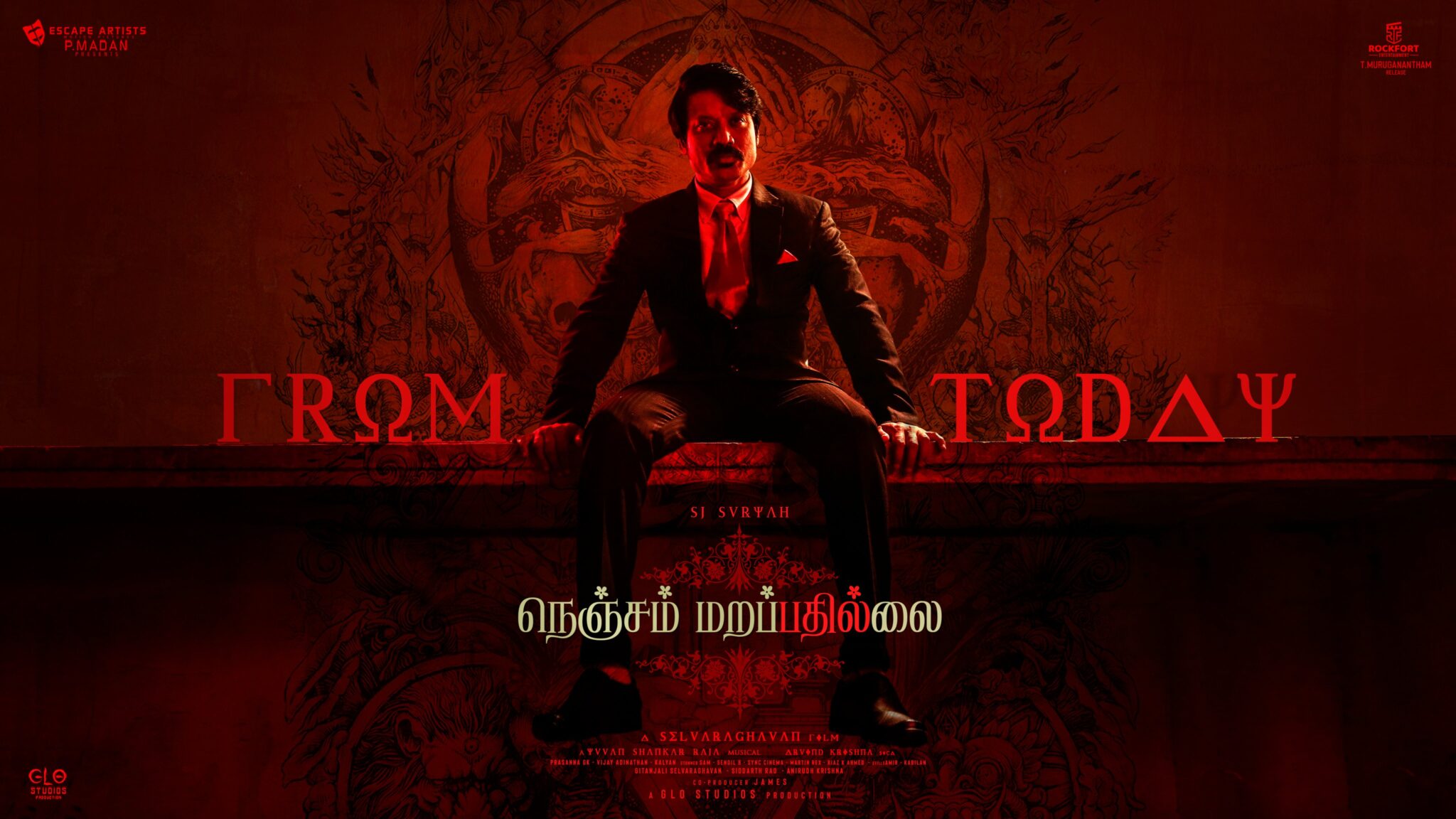 Though the movie’s genre is touted to be horror, the directorial touch has definitely uplifted the movie to more likely fall in a psychological state of a fight between the good and the bad. Actor S J Surya turns a complete performer with Nenjam Marapathillai. Be it his facial expressions, voice modulation or body language, the performer in the actor flies high. The eccentric character ‘Ramsay’ is a diamond in the actor’s crown. Regina Cassandra yet again leaves you spell bounded. Unlike from her previous release, the actor has played a soft, subtle yet a role with a matured performance. Her character as ‘Mariam’ toughens and at the same time balances the eccentricity thrown by the characters around. Nandita Swetha on the other hand justifies her role with a neat performance. Technically, though there was no much location shifts or wide ranged shots, the lighting pattern and cinematography has definitely shouldered with eye catchy shots and visuals. If not for Yuvan Shankar Raja’s music & songs, this film wouldn’t have been a complete one. The magic that happens when the trio Selvaraghavan – Yuvan Shankar Raja – Arvind Krishna join together is evident on-screen. G K Prasanna’s cuts is an additional plus. 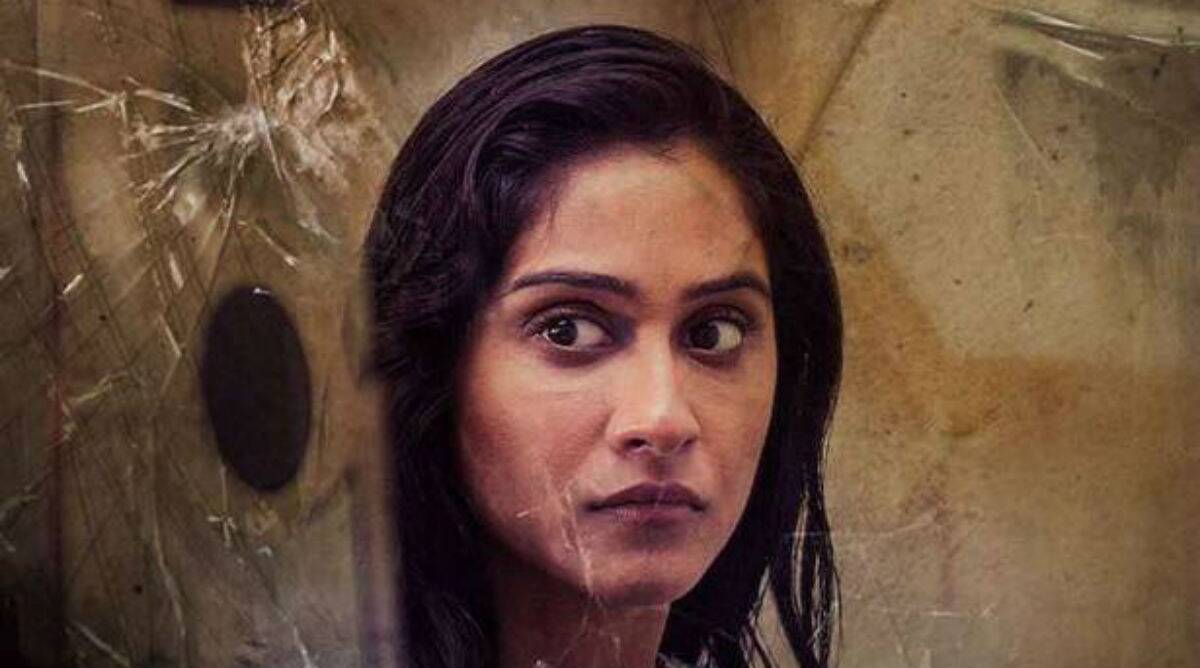 Altogether, Nenjam Marapathillai is definitely a Selvaraghavan’s product with all his elements in perfect proportion. The genius director as usual hasn’t failed to impress us with his eccentric characterizations, dialogues, screenplay and the way the scenes have been shot. There are several points in the movie, for the crowd to go crazy and clap their hands out. But compared to the interest level and quirkiness of the first half, the second half fell into the regular boundaries of an horror film, still making it a good watch in theatres.