Rajinikanth’s ‘Darbar’ team heading to Jaipur for next schedule.!

Rajinikanth’s ‘Darbar’ team heading to Jaipur for next schedule.!

AR Murugadoss’ ‘Darbar‘ has piqued the interest of Rajinikanth fans as the actor will don the uniform after 25 long years. Superstar Rajinikanth had been shooting in Mumbai for his upcoming cop actioner ‘Darbar’ directed by AR Murugadoss. A major portion of the film is shot in Mumbai, and the film’s team were recently spotted at the Terna Speciality Hospital & Research Centre, Navi Mumbai.

The latest buzz is that the team will be heading to Jaipur, Rajasthan for an exciting shoot and are expected to film a song sequence. As per reports, the shooting in Jaipur is set to commence on August 18. The film bankrolled by Lyca Productions has Santosh Sivan handling the cinematography for the film and Anirudh Ravichander will be composing the music. 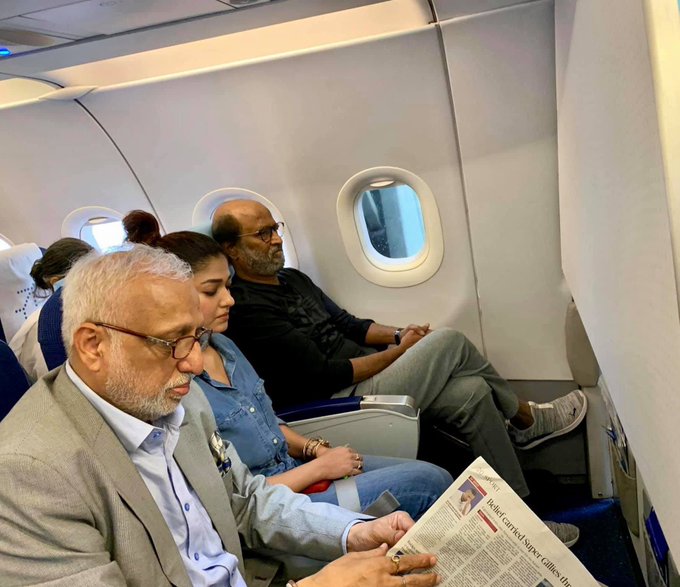 Touted to be police-oriented action film, Rajinikanth is paired opposite Nayantara. Nawab Shah, who was last seen in Tiger Zinda Hai, has been roped in as a villain. Suniel Shetty is already playing the antagonist in the film. Bollywood actor Prateik Babbar, plays the son of Sunil Shetty in the film. Transgender actress Jeeva who had worked with Vijay Sethupathi in Dharma Durai is also part of the cast. The film tars Yogi Babu, Anandaraj, Harish Uttaman, and Bose Venkat in important roles. The Mumbai-set film is scheduled for release on January 9, 2020.