Saaho Movie Review: The most-awaited film of 2019 Saaho, starring Prabhas and Shraddha Kapoor is all set to release on August 30 but the first review of the action drama is already here. While the excitement and hype are simply too much, a popular film critic, journalist, and member of the UAE Censor Board, Umair Sandhu has already watched Saaho on August 23. Calling Saaho a ‘sure-shot blockbuster’, the critic has given a fantastic review to Saaho in a series of tweets. 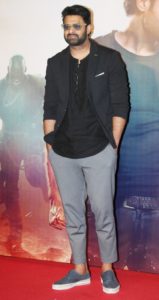 Giving Prabhas and Shraddha Kapoor’s film Saaho four stars out of five, Umair Sandhu said, “#Saaho is a cinematic marvel which has the style as well as the substance.The VFX & Action Stunts is something which has not been watched on Indian screens ever. At the BO, it is a sure-shot blockbuster and will set new benchmarks in the days to come. Highly recommended!”.

Furthermore. he described Prabhas as India’s Biggest STAR and, also said that Saaho has all the high-octane action scenes, sleek visuals, melodious music which make it watchable all the way.

One of the biggest releases of the week, Saaho starring Prabhas and Shraddha Kapoor is set to hit screens on August 30th. It is expected to be an ultimate action ride for the audience. 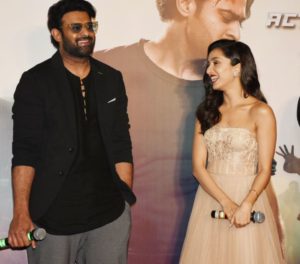 Directed by Sujeeth, Saaho has managed to create the much-needed hype among the moviegoers. Also, this is Prabhas’ next film right after Baahubali, and it is expected to break and set several records at the worldwide box office.

Are you excited to watch Sahoo?