“Why do you want to fight with me, when you don’t want me to do action films?” – Santhanam at Parris Jayaraj Press Meet

After receiving mixed reviews for his previous release ‘Biskoth’, the comedian turned actor Santhanam is all set for his next release ‘Parris Jayaraj’ directed by K. Johnson. Johnson’s directorial debut ‘A1’ starring Santhanam in lead, said to have received well by the audience. This is the duo’s second film together. Actress Anaika Soti who was earlier seen playing pivotal roles in Actor Jiiva starrer ‘Kee’ & Atharva starrer ‘Semma Bodhai Agadhey’ plays the female lead. Music composer Santhosh Narayanan who is well known for his ‘Gaana’ songs has gone a step further and have completely filled the chart with only Gaana songs as the script demanded, roping in and raising fresh opportunities for new comers. The technical crew includes Arthur. A .Wilson handling the camera, Editing by Prakash Mabbu and Art by Durai. Sandy Master is  said to have choreographed for the entire album and also have shook his legs alongside Santhanam for a dance number. The cast also includes Mottai Rajendran, Vivanth, Prithiviraj, KPY Vinoth, Thangadurai etc. The VJ turned actress Sastika Rajendran plays an important role. K. Kumar of ‘Lark Studios’ has produced the movie while ’11:11 Productions’ Prabhu Thilak is releasing the movie in theatres all over Tamil Nadu. 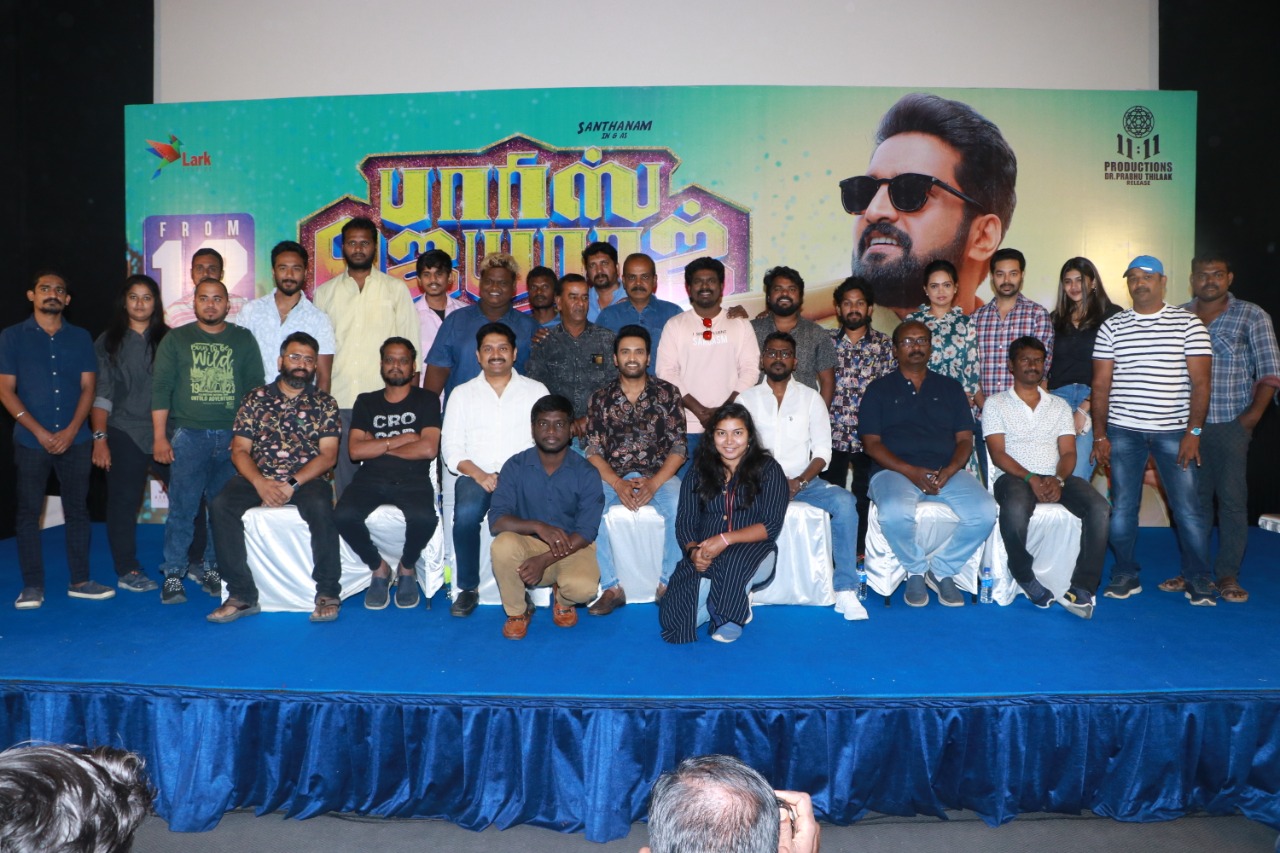 The Press Meet of ‘Parris Jayaraj’ was held earlier today with the entire cast and crew attending the event. Actor Santhanam looked energetic and excited. When the actor was questioned of, ‘why not choose an action based film as his next?’ he spontaneously replied saying, “people ask me to do action when I do comedy and vice versa. This always leaves me at confusion”. He then added saying, “Most of the audience expect a complete laugh riot from me and ‘Parris Jayaraj’ is one such unique content that would be a laughter entertainment for the audience”. 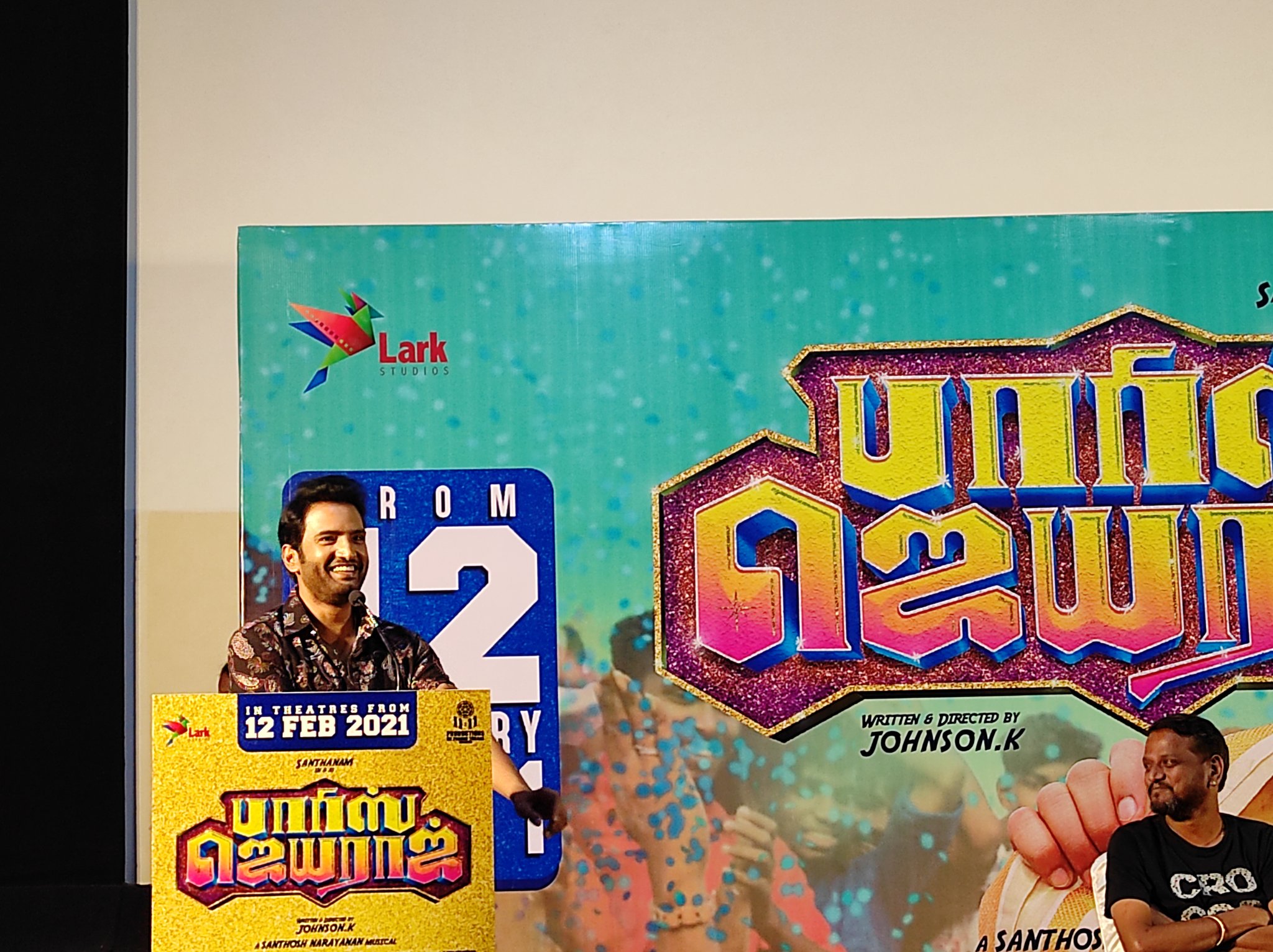 Another interesting question was shot to the Music Director Santosh Narayanan, where he was asked ‘ If the title of the movie bothered him as it sounds like a spoof name resembling another leading composer hailing from the same industry”, for which Santosh Narayanan replied saying, “As I already know the complete script, it is the script that demanded this title as it revolves around a Musician living in a specific locality. So it was justifying and there was nothing bother about”. He then added, ” I’m always be very conscious and keen on such things and would never indulge in any activities that would hurt, mock or offend anyone’. 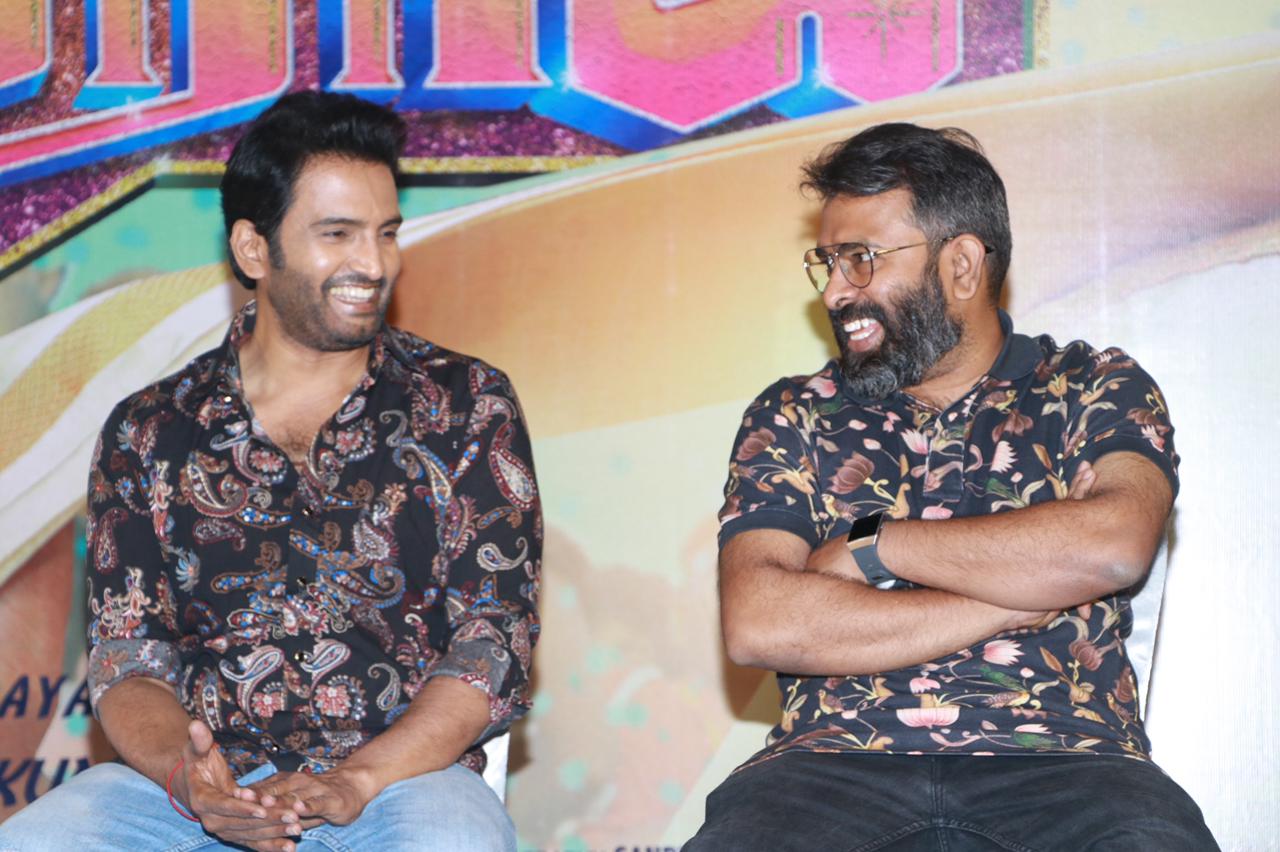 Director K. Johnson finally addressed the press and apologized for turning up late to the event. He said, It was Actor Santhanam who gave life to him and he would always be grateful for that. He also said that he would be ready with another script by over night, if Santhanam wants to do another movie.

Actor Santhanam starrer Parris Jayaraj is having its theatrical release on February 12, 2021. Hope it does well at the box office and create more fantastic opportunities to the cast and crew.