Superstar Rajinikanth hit the headlines and prime time media on Thursday when he made the sensational announcement that he has no intention of becoming the Tamil Nadu Chief Minister and that he would make his political entry after a revolutionary change takes place in the system.  His policy of different persons heading the party and the government has been welcomed by many. 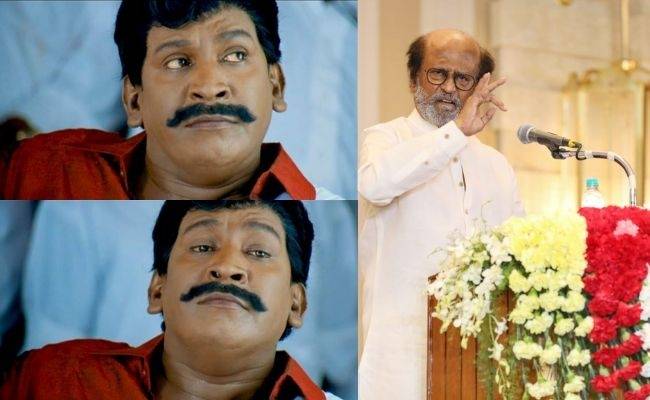 Meanwhile actor Vadivelu was spotted at the Tiruchendur Temple and Press people asked him about Rajini’s sensational announcements.  The ace comedian in his humorous style said that neither him, the press or Rajini himself know whether or when  he would start a party.  He however welcomed the dual leadership idea of his ‘Chandramukhi’ costar. 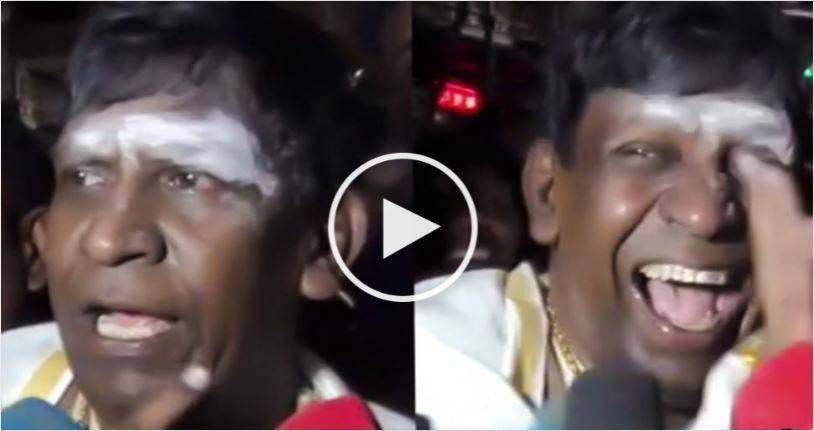 The Vaigai Puyal as a parting shot joked that he has ambitions of becoming the Chief Minister and asked the crowd whether they would vote for him as many are trying to stop him.  When the answer was affirmative Vadivelu in his “Naanum rowdy dhaan” voice modulation shouted “I am going to be the CM in 2021.”His light-hearted comments made everyone erupt in laughter.

Vadivelu after a long hiatus has reportedly signed a new movie costarrring Simbu directed by Mysskin apart from ‘Thalaivan Irukkinran‘ with Kamal Haasan.