‘Chakra’ Wins Over The Barriers – Review

After a lot of speculations on its release and by creating a huge buzz with the sneak-peeks, ‘Chakra‘ starring Vishal, Shraddha Srinath & Regina Cassandra in lead roles, released today simultaneously in both Tamil, Telugu, Malayalam, Kanada & Hindi in more than 1500 screens worldwide. The cast also include Srushti Dange, Robo Shankar, K.R. Vijaya, Manobala, Ravikanth & Neelima in supporting roles. Debut Director M.S Anandan has written and directed the film with cinematography by K.T Balasubramaniyam and editing by Thiyagu. Yuvan Shankar Raja has taken care of the Music & Background score. Vishal has produced this film under his home-banner ‘Vishal Film Factory‘. The film was initially touted to be the sequel of Vishal’s previous action thriller hacker film Irumbu Thirai which became a success at the box office but later titled as Chakra by the filmmakers as the film story revolves around Ashoka Chakra which is the highest peacetime military decoration in India. 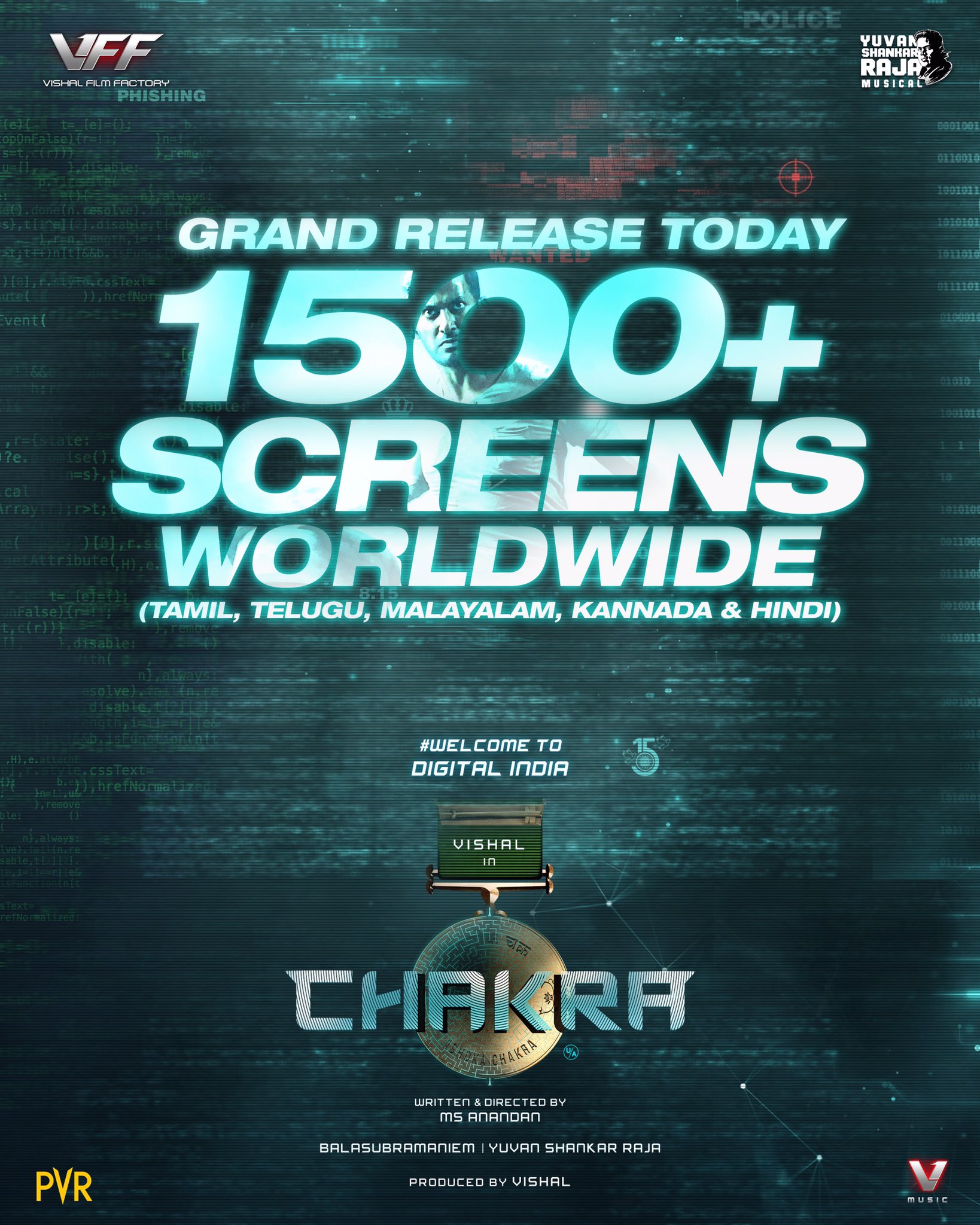 Spotlight on the  Story – On the occasion of Independence day, a series of robbery takes place in specific nearby locations in the city. Chandru (Vishal) who is an army official, reaches the city immediately after he is striked with an instinct of his grandmother being injured and hospitalized. His love interest Gayathri (Shraddha Srinath) who is a police officer, takes in-charge of this case. The lead pair join hands together to solve this case. Though, the storyline may seem to be cliche, the twist and turns in the screenplay adds the engaging elements to the story, making it an interesting investigation thriller. On a parallel side, Leela (Regina Cassandra) gives a tough fight being the antagonist and the reason for the entire story to revolve. 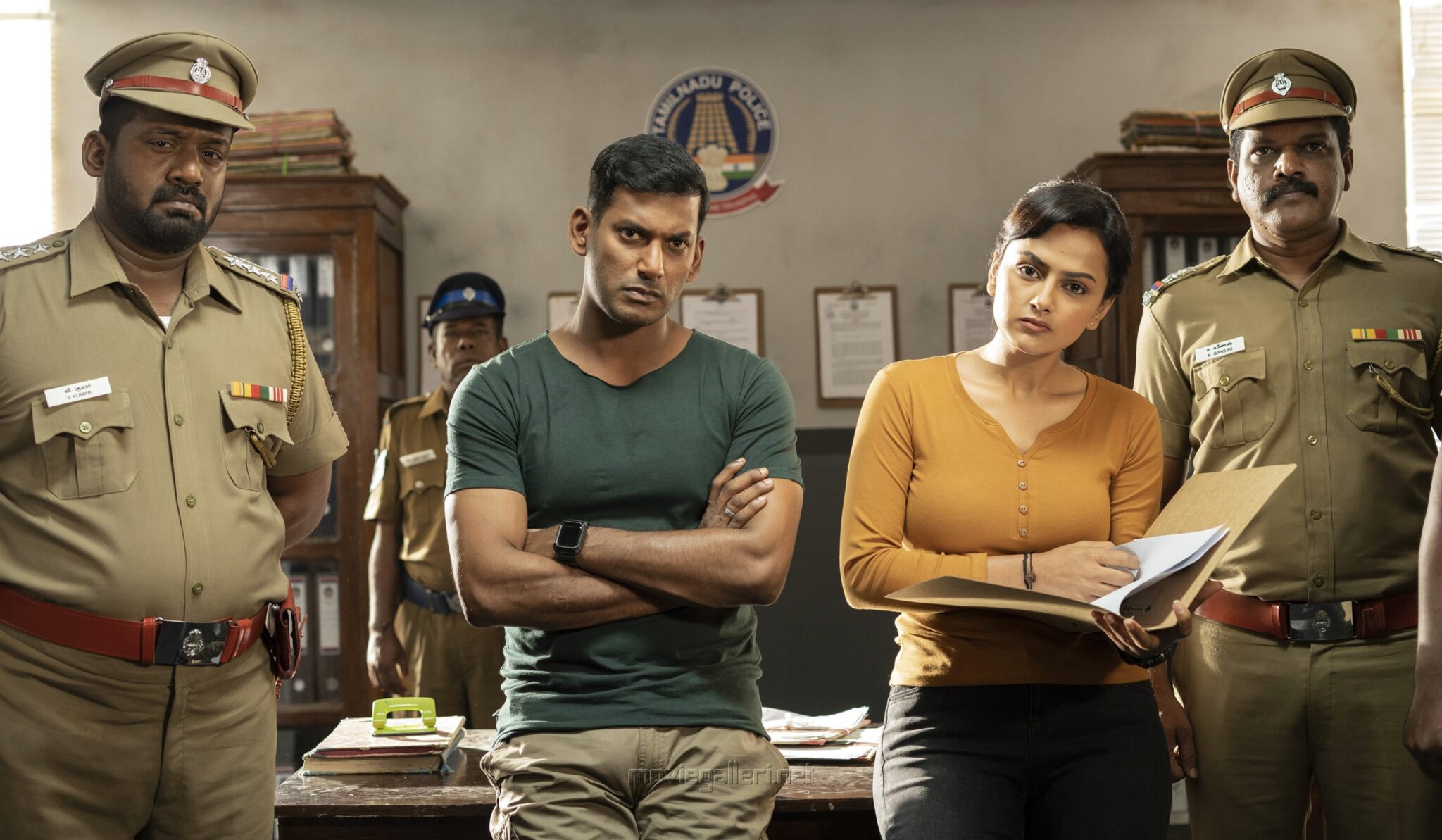 After his last release in 2019, Vishal opens his kitty for 2021 with ‘Chakra’ breaking all the barriers. The ‘Action’ star justifies the role essayed with his gigantic fit look and a neat performance. Vishal seems to have underplayed his hero stature giving equal space for the female leads to perform and excel compared to his previous films. Shraddha Srinath is well chosen to essay the role of a cop. The naturally pretty actress looks rigid as a cop and also excels while performing stunts. Regina Cassandra is seen playing a commanding role with a grey shade, at ease. Her dynamic look and sharp sight easily adds-on half the intensity her character demands, with rest taken care by the performance. ‘Leela‘ steals the show out of the three lead actors. It was good to watch the yesteryear actress K.R Vijaya on-screen after a long time. Robo shankar as usual fills in the gaps with his one-liners which has averagely worked out then and there. 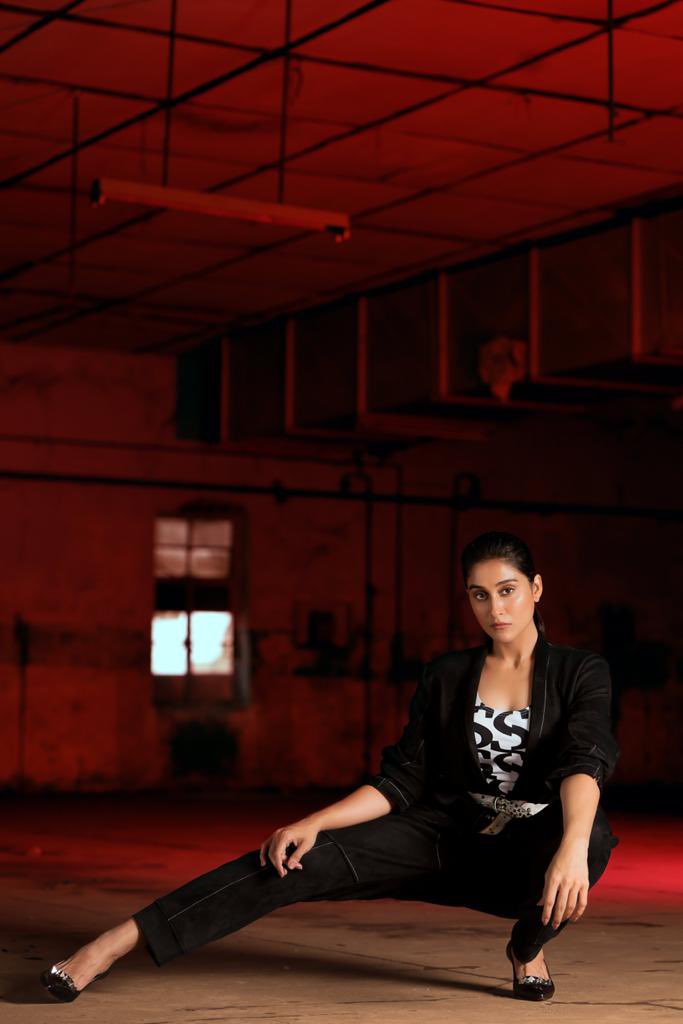 On another hand, the technical crew with K.T Balasubramaniyam handling the camera and Editing by Thiyagu has definitely pillared for a quality watch. Though, there are no songs which has actually supported in creating the thrill and engagement till the end, Yuvan Shankar Raja has matched his potential with the background score. Especially the BGM for Regina Cassandra elevated her performance one step ahead. Lastly, Debut Director M.S Anandhan strategically strikes by avoiding the songs and irrelevant comedy sequences that could have slowed down the pace causing detachment to the storyline. For a debutant, this is surely an appreciateable launch. 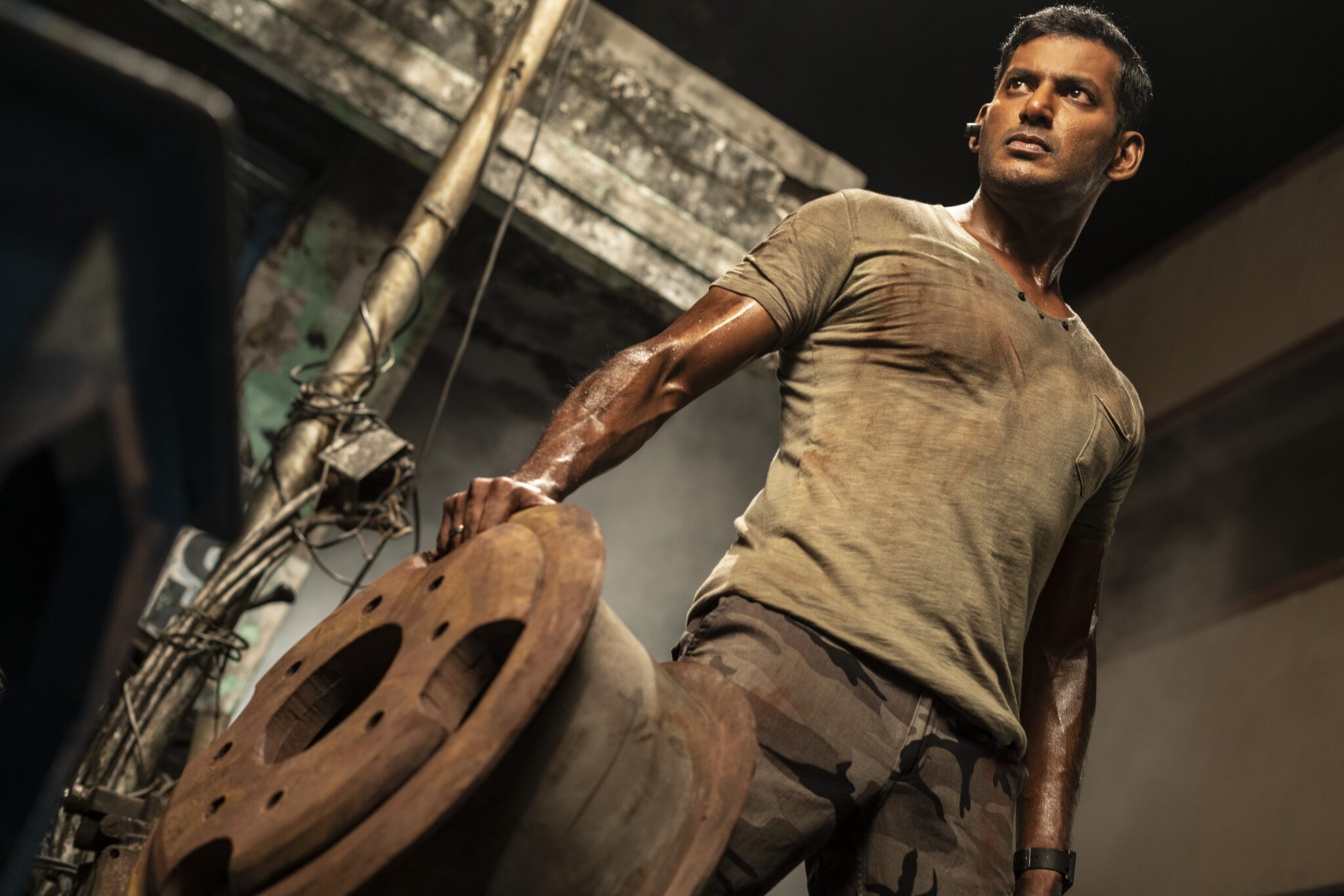 Overall, Chakra is definitely a good show to watch with family. The film’s racy & engaging first half is slightly let down in the second half tickling the audience’s patience with a regular patterned flashback story but ends with a pacifying climax leaving a thread to a sequel.